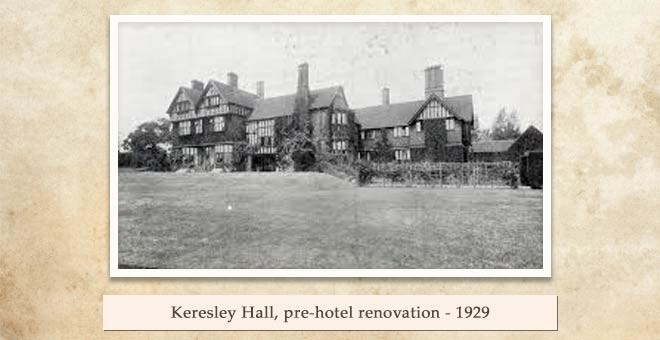 The History of the Royal Court Coventry

The Royal Court Hotel is situated in the Warwickshire, home to medieval castles, historic market towns and an abundance of beautiful countryside. Rich in culture and heritage, the city Coventry is the ninth largest city in England and has been chosen to be the UK’s City of Culture for 2021.

Coventry’s history stems all the way back to the middle ages and has been noted to be one of the wealthiest cities in medieval England. Throughout the middle ages, Coventry was one of the largest and most important cities in England due to its key role in the cloth trade during the 14th century. This developed and altered over the years all the way into the 19th century, later becoming the main centre for motor manufacturing in the country. In more recent years in the 20th century, Coventry was a targeted city in the Second World War and suffered severe bomb damage during the Blitz because of the Luftwaffe air raid deployed by the German Nazis. It was noted that the Midlands city was one of the chosen cities to be attacked due to its medieval roots and history, and therefore was seen as a key region to bomb in England.

The Grade II listed Hotel, however, was fortunately not affected by the war and still stands today as one of the largest hotels in Coventry. The hotel and its surroundings cover over 11 acres of grounds, and it displays luxurious interior as one of Coventry’s most historic buildings.

Dating back to 1894, the property, originally named Kerseley Hall, was built as a country manor house for car manufacturer William Hillman (head of the Hillman Motor Company), his wife Fanny and their eight daughters. Hillman would make use of his considerable means to ensure his family lived in as much luxury as they could and Kerseley Hall was perfect for this. Set in what was originally a wooded and secluded area, the grand Kerseley Hall consisted of seven main bedrooms, two studies, two bathrooms (a luxury at the time), extensive servants’ quarters, along with outdoor tennis courts, a billiards room, a dining room, and a main hall area.

From Private to Public

Kerseley Hall continued to serve as a family home for roughly half a century, until Fanny Hillman’s death in 1927. As William had died a few years earlier, the couple left the home to their family, who were unable to look after the property, leading it to be sold. Later that same year, Kerseley Hall was sold to the Coventry and Warwickshire Hospital, to serve as a hospital for people recovering from previous illnesses.

Named the Alcock Convalescent Hospital, it opened two years later, in 1929. After the devastating aerial bombing attack during the Blitz, the hospital’s facilities were expanded to accommodate casualties from the bombing and other emergency cases. The building was further used as a general hospital until it was purchased by local businessman Fred Kilpatrick in 1968, who refurbished the building into a comfortable hotel.

The Hotel Years and Britannia’s Interest

Following its opening in the late 60s, the Royal Court Hotel continued to be run by Kilpatrick for many years until it was made into a pub, closing in 2008. Britannia expressed interest shortly after and made a successful bid, leading us to what stands today as The Royal Court Hotel and Spa. The hotel has become a perfect destination for travellers exploring Warwickshire along with those passing by the Midlands in need of an overnight stay. In addition to providing affordable accommodation, the location is also praised for its conference facilities, which are consistently in high demand among local businesses.

As the hotel continues to evolve and expand as a modern country hotel, management remains aware of its history, seeking to preserve as much as possible of the original manor to maintain its legacy. Fortunately, most of its original facilities have been kept intact with several additional renovations carried out over the course of 150 years. The Royal Court Hotel now offers an indoor swimming pool, a sauna, steam room and hot tub. There is also a fully-equipped fitness suite and a hair and beauty salon that has been added over the years, making the Royal Court even more sought after. The Royal Hotel has been tastefully expanded throughout the years and now consists of 210 en-suite bedrooms and can hold over 600 delegates for banqueting and conferences.  Although alterations have been made over recent years, the building which currently functions as the Royal Court Hotel and Spa still gives off an aura of traditional charm, making any visitor feel as though they are transported back to the 19th century.

OTHER HOTELS IN Coventry