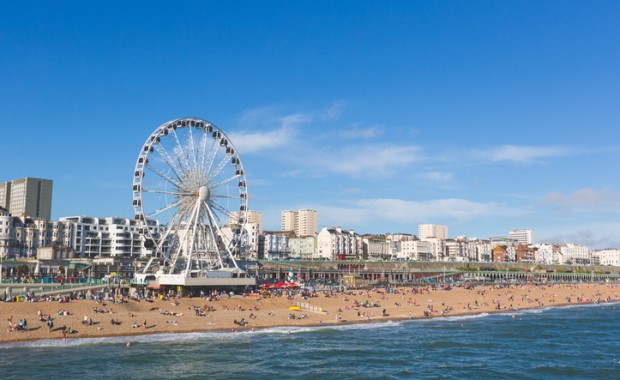 When it comes to beach resorts in the UK, few are better known or loved than Brighton. This Sussex coastal town ranks alongside the likes of Bournemouth, Torquay and Eastbourne on the list of prime domestic summer destinations for Brits, and attracts thousands of holidaymakers each year. However, those with a knack for exploring will soon find out that there is more to Brighton than meets the eye, and that the town has plenty more to offer than just a pleasant stretch of beaches!

Proof of that are the number of eye-catching and intriguing landmarks peppered around this seaside resort, momentarily drawing the attention of passers-by away from the seafront and revealing a whole other side to Brighton. From churches to old palaces and from museums to clock towers, there is plenty of stunning architecture and fascinating history to discover and admire in Brighton, for those willing to stray away from the beach and accept the challenge. The lines below detail only five of the many, many iconic landmarks easily accessible from our hotel in Brighton, so that adventurous holidaymakers will know what to look for on the course of their Brighton discovery tour. 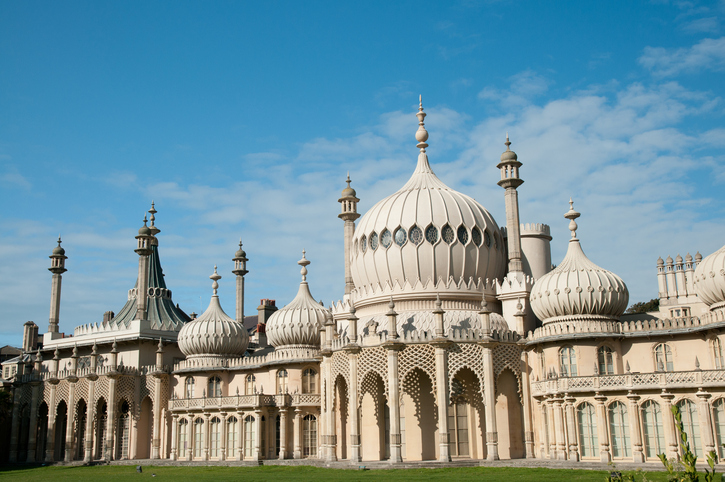 Once a royal summer residence, the Brighton Royal Pavillion is, today, one of the most instantly recognisable, memorable and fascinating of Brighton's landmark attractions.

Built during the Regency period as a pleasure palace for King George IV, this unique-looking building reflects the main influences of the period, namely Indian (there is a hint of the Taj Mahal about the outside) and Chinese architecture. Subsequent decades and centuries would see the Pavillion become an administrative building, and later a war hospital during World War I, yet the building never lost any of its character or unique appeal. Nowadays, this landmark serves as a museum, allowing visitors to take a peek beyond its Indian-inspired facade and see what lies within. With periodical exhibits and daily tours on offer, this is undoubtedly one landmark not to miss when staying at our hotel in Brighton. 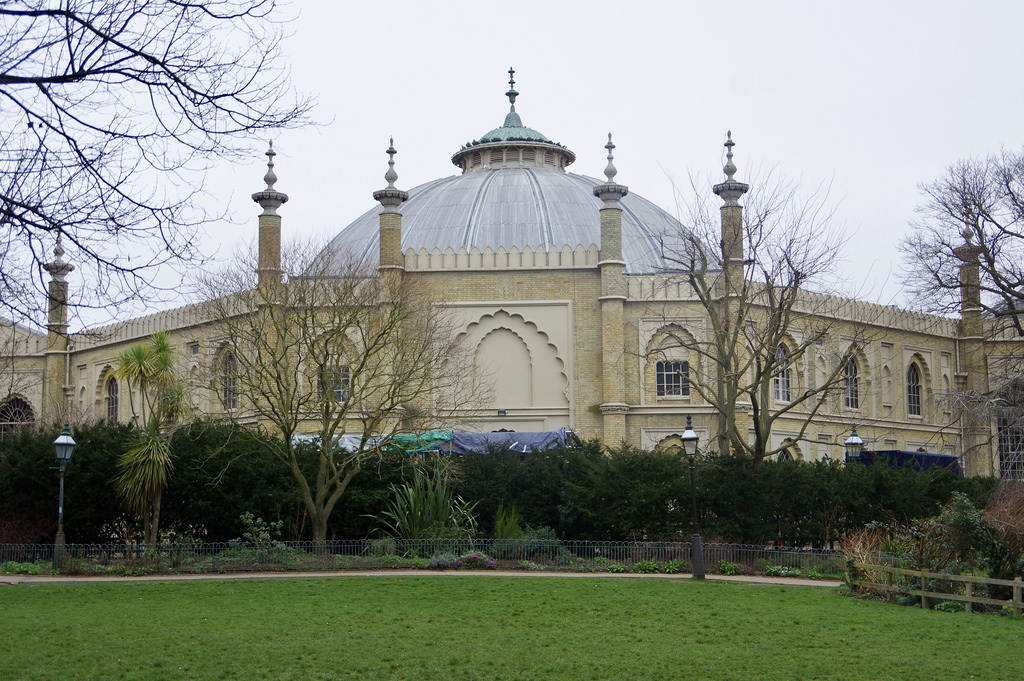 Much like the Royal Pavillion, the Brighton Dome has been a perennial fixture in Brighton's cityscape ever since its construction two centuries ago. Also like the Pavillion, it started life as something completely different to what it would later become known as – in this case, the Prince Regent's riding house, where his stables were located! Who could have known back then that a building built for such a modest purpose would end up evolving into one of the biggest and most instantly recognisable arts and entertainment venues in Southern England?

For that is what the Brighton Dome is nowadays – a concert and event venue, regularly hosting major entertainment fixtures, including some of the fixtures of the yearly Brighton Festival. Much like the Pavillion, this unique-looking and instantly recognisable building is just as relevant and appealing for what it holds inside than for its outside, and arts enthusiasts have just as much reason to drop by as architecture enthusiasts. Either way, this is a landmark well worth visiting when staying at our hotel in Brighton! 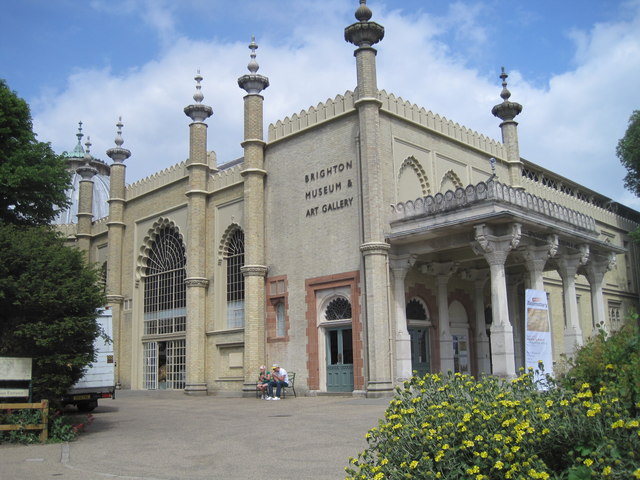 Every town tends to have a museum and art gallery, and in that regard, Brighton is no different than any other locality in the United Kingdom, or indeed the Western world. Where this seaside resort does differ from other towns is in the fact that its museum is housed inside a visually striking, stunningly designed John Nash villa.

In fact, while the contents of the museum itself are well worth the price of admission, it is through its external appearance that this location first captivates visitors. The building which has housed the museum for almost 150 years was one of the first purposely built spaces in Britain,having been planned and designed specifically to serve as a museum venue. As such, its architecture truly does reflect the grandeur usually associated with art and culture, making for a perfect complement to the masterpieces found beyond its doors. Nowadays, it continues to attract and entice locals and passers-by alike, and asserts itself as one of the must-see attractions when staying at our hotel in Brighton. 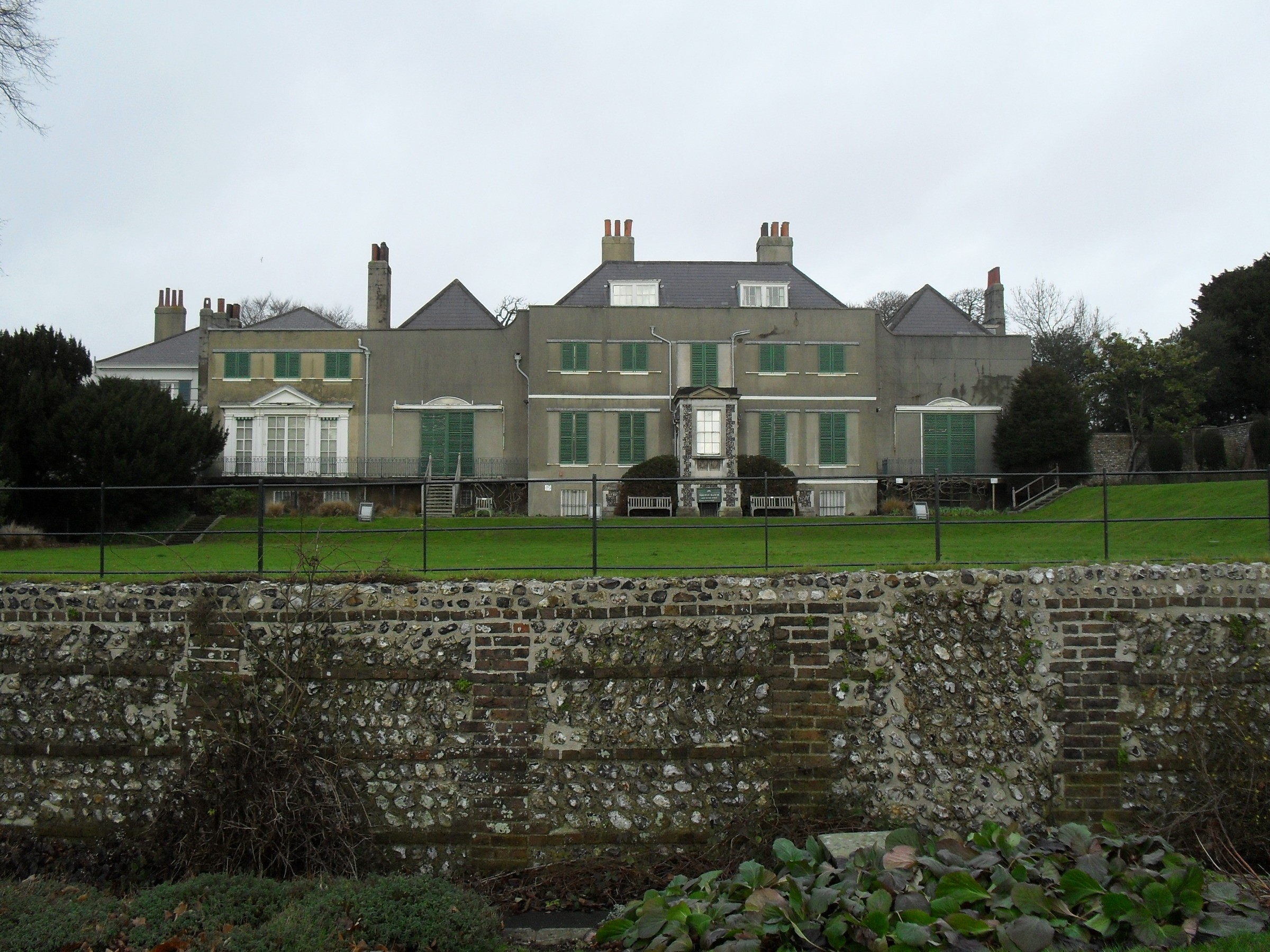 Preston Manor, a privately-owned mansion turned museum, is another of Brighton's many historic landmarks, and a mandatory stop for visitors interested in glimpsing into the day-to-day life of British landed gentry. Originally a holding for the priests of Chichester, the Manor became the abode for a number of upper-class families and individuals, most notably Ellen Stanford and her two husbands, Vere Bennett and – later – Charles Thomas. Throughout the course of the centuries, the Manor was also extensively remodelled, with the latest refurbishment dating from the Edwardian period.

Arguably, however, Preston Manor's main claim to fame is its reputation as a haunted house. Residents of the building during the late 19th century claimed to be disturbed by a series of unexplained occurrences, leading to a séance being held in 1886. In it, the medium claimed to be receiving messages from an excommunicated nun supposedly buried underneath the house, but it was not until a year later that the bones of a woman were found under the terrace, after the building's drains were inspected. The bones, certified at the time to be four centuries old, were removed, and no further ghostly occurrences were registered thereafter. Even still, this did not prevent a local haunted-house programme, Most Haunted, from making the Manor the centrepiece of one of their episodes.

Haunted or not, however, Preston Manor remains an integral part of Brighton's landscape, and is definitely worth a visit when passing through the city. 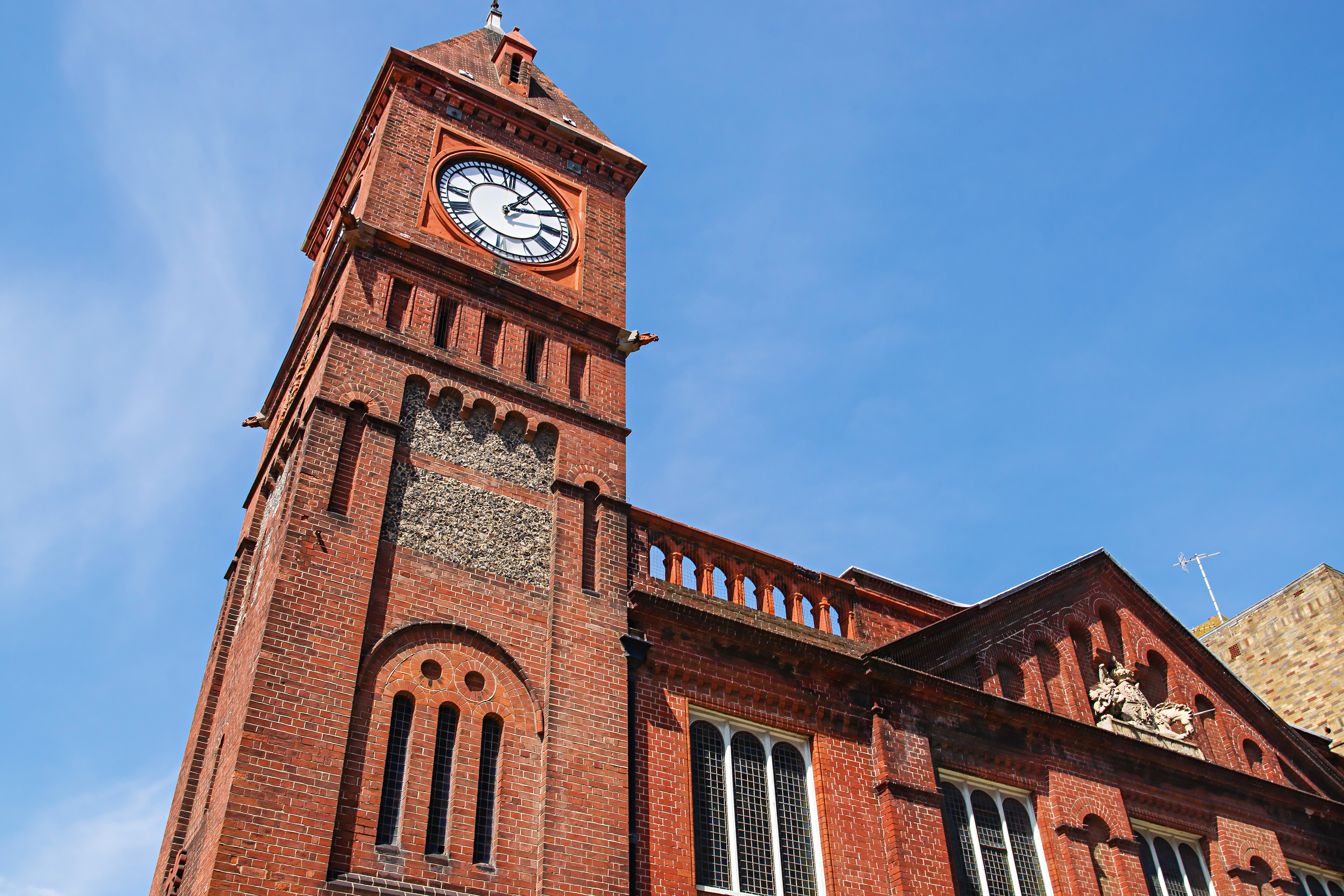 Last but not least, no list of Brighton landmarks is complete without the iconic clock tower. Located right in the centre of town, within walking distance of our hotel in Brighton, this is perhaps the most immediately eye-catching out of all of the city's landmarks, and the one likely to be most immediately remembered by outsiders passing by or visiting for the day. Standing 75ft tall, the monument was built to celebrate Queen Victoria's jubilee in 1887, and is often known as the Jubilee Tower as a result. It has been described as 'the hub of modern Brighton', and is generally acknowledged as its main landmark.

Where architecture is concerned, the tower displays a Classical style with baroque flourishes, giving it a distinctive appearance which helps it stand out even in modern, busy Brighton streets. This, in turn, makes the Clock Tower one of the can't-miss landmarks for any visitors spending time in that coastal city!

The five buildings listed above are only five of the many landmarks and places of interest Brighton has to offer. The appeal of this coastal town goes far beyond what it has to offer as a seaside resort, and visitors are encouraged to explore and go off the beaten path when staying in Brighton. The landmarks mentioned in this article do, however, constitute an excellent starting point for this exploration , and are definitely recommended viewing for guests of our hotel in Brighton.