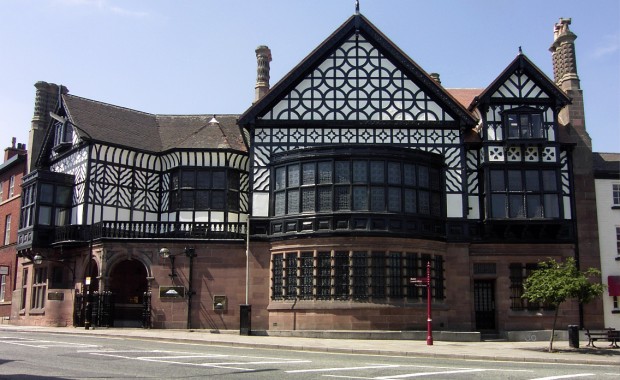 One of the most densely populated areas in the United Kingdom, Greater Manchester is renowned across the British Isles for the high standard of living and accommodation offered by its suburban boroughs, as well as surrounding areas in neighbouring Lancashire and Cheshire

However, while these periphery towns undoubtedly serve as residential areas first and foremost, many of them do have more to offer than just quiet, leafy streets; somewhat more in-depth exploration may reveal a few interesting landmarks hidden away amongst otherwise unremarkable buildings, and make for a pleasant surprise for history and architecture enthusiasts.

A perfect example of this is Altrincham. Mostly known for its affluent, upper-middle-class demographic, leafy surroundings, and proximity to Old Trafford Stadium, this town does, however, hold a few surprises for visitors who take the time to look closer. The lines below highlight some of the landmarks and attractions lurking under the surface of this Cheshire market town, and which can make for a pleasant day’s exploration for guests staying at our hotel in Altrincham, the Britannia Ashley Hotel.

Situated at the edge of Trafford Council, on the border of Cheshire, Altrincham is mostly known as a market town, and its central trading hub has been in place since the Middle Ages. More recently, the leafy town has also seen many commuters settle in, to take advantage of its extensive transport links with both Greater Manchester and Chester, giving it a secondary identity as an affluent, upmarket metropolitan suburb.

These two traits are, however, far from all the town has to offer. Much to the contrary, a third aspect of Altrincham tends to be frequently overlooked by visitors and residents alike, despite being as prominent in that Cheshire settlement as in any other town in the surrounding area.

This aspect is, of course, its architecture. Much like neighbouring Stockport, Altrincham features a number of visually appealing and historically relevant buildings dotted across its perimeter, which nevertheless tend to go unnoticed by all but the most observant passers-by. That is why, in this article, the staff at Britannia Hotels has made it a point to highlight the most unique and fascinating of the town’s historic buildings, so that guests staying at our Britannia Ashley Hotel in Altrincham know where to look and what to look for when exploring the area. 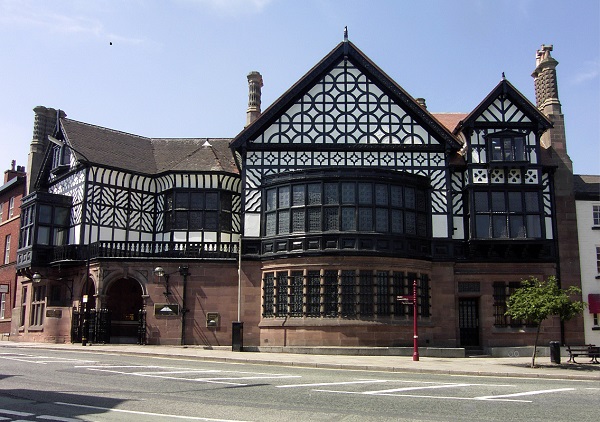 Many, if not most, of Altrincham’s main landmarks are situated in or around the Old Market Place. Believed to have been the site of the original settlement which would later become Altrincham, this square is now an officially labelled conservation area, and a number of efforts have been made over the years to ensure it retains its identity and links to the town’s history.

Examples of such efforts include extensive conservation and renovation of the buildings around the square, to ensure they retain their quaint appearance, reminiscent of the town’s early architecture; the replacement of the original cobblestone paving, which took place as early as 1896; and most of all, the refurbishment of the stockade still visible at the centre of the square. The Old Market Place was, in olden days, the place where public justice was dispensed to the residents of Altrincham and Hale, and as a result, housed a courtroom, stocks and whipping post. These implements, used for their original purpose until as late as the 19th century, were later reconverted into a tourist attraction by local traders, and are nowadays one of the main historical attractions in Altrincham. Visitors to the area who want to get a glimpse of what life was like in Altrincham in ages past therefore owe it to themselves to traipse up to the Old Market Place and soak in the old-timey ambiance. 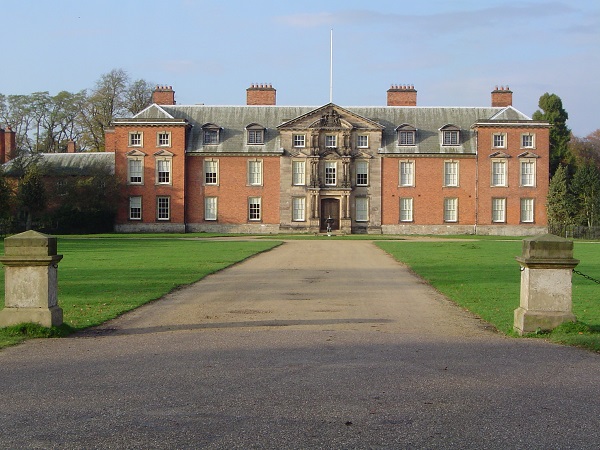 At the other end of the spectrum from the Old Market Place is Dunham Massey Hall. Where the old main square was a public location, frequented by the working and middle classes and often used as a hub for Altrincham’s social life, Dunham Massey Hall was a privately-owned manor, exemplifying all the splendour and luxury noblemen rewarded themselves with at the time of its construction.

Much like the Old Market Place, however, this Grade I listed Georgian building serves a vastly different purpose nowadays than it originally did. Far from being owned by a private entity or tenant, it has fallen under the jurisdiction of the National Trust, which added it to its vast catalogue of historical buildings across the British Isles. Similarly, its sprawling grounds, covering upwards of 250 acres, have been reconverted into a deer park, where these majestic forest animals can frolic safely in a protected environment. The original stables and carriage house, on the other hand, have been kept intact, and are still open to visitors, alongside the actual building itself.  Visitors to Cheshire with an interest in architecture could therefore do much worse than to visit this stunning location, which combines the best of history and wildlife tours in a single location! 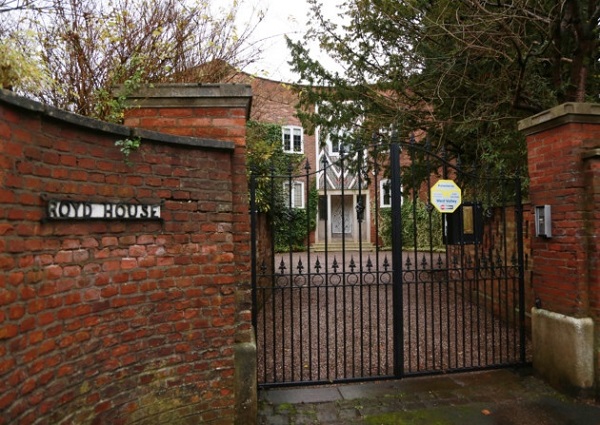 Much like Durham Massey Hall, Royd House, too, is a hiddem Alrincham architectonic gem. Originally built in the mid-1910s by local architect Edgar Wood, the building served as nothing more than a family home for the builder and his family in ensuing decades. More recent times have, however, seen the local council recognise the importance and significance of the structure, and the House has received Grade I listed status as a result.

Royd House’s main claim to fame, and contribution to Altrincham’s overall landscape, is due to its extremely advanced architectonical plan. In fact, the building’s layout – with its flat roof and concave façade – was somewhat ahead of its time, and its avant-garde design warranted it a number of mentions in architectural digests, both at the time of construction and in later decades. This, in turn, led to its eventual listing, in 1975. Nowadays, it stands as one of six Grade I buildings in the borough of Trafford and, though still privately owned and used as a residential property, is well worth a peek through the gate when passing by that area of Altrincham. 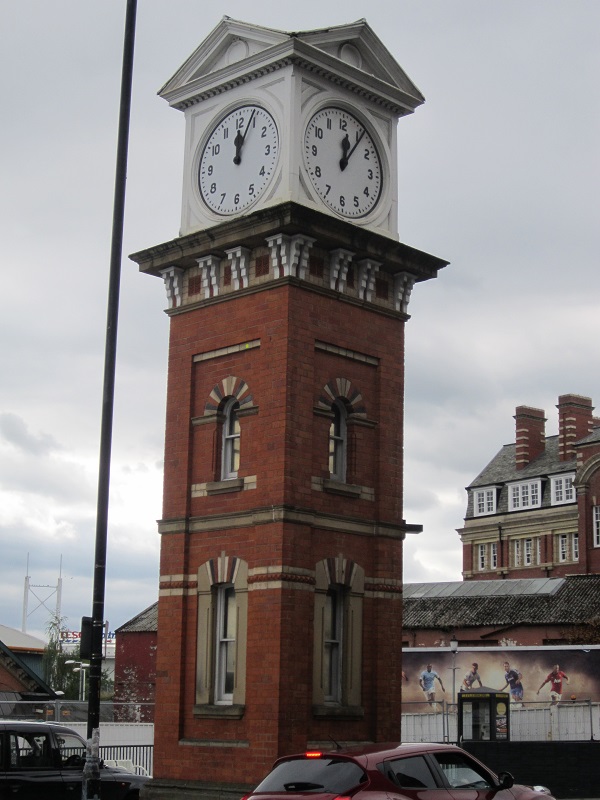 Finally, Altrincham’s last historically relevant architectural gem is one residents of the area may, and probably will, walk by every day, potentially never knowing of its protected status: the clock tower, right outside the Altrincham Exchange, which is actually a Grade II listed landmark! One look at the actual structure will, however, dispel any doubts as to the validity of the grading; the tower is one of the most distinctive buildings in central Altrincham, and a definite point of interest when visiting or passing by the city. All in all, this structure is proof positive that sometimes, interesting landmarks can be hidden in plain sight!

The lines above have hopefully made it clear that the town of Altrincham has far more to offer than meets the eye. Keen explorers will find plenty of history and architecture lurking just beneath the surface of this seemingly placid market town, and a day’s exploration is well worth engaging in when staying at our hotel in Altrincham.